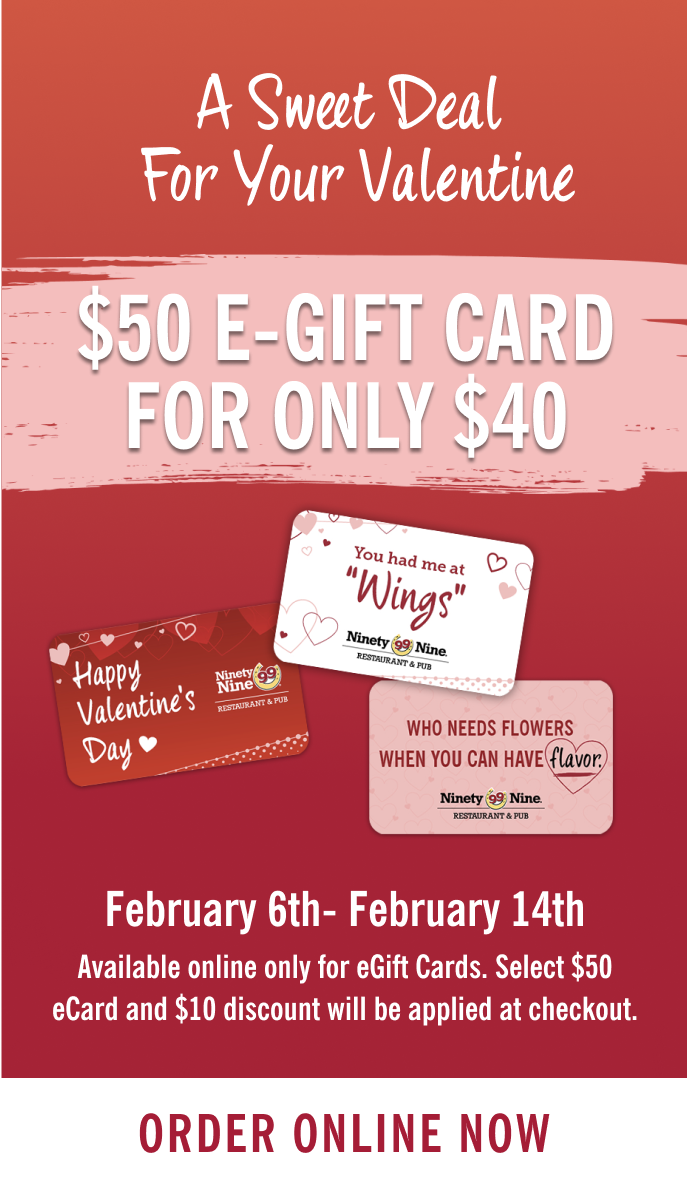 The Ninety Nine Restaurant & Pub’s giving relationship with the Pine Street Inn, New England’s largest homeless shelter, began in 1981 when founder Charlie Doe entered the Inn eager to give something back to the community that helped him build his restaurant into a successful chain. To this day, team members from various locations volunteer to travel to the Pine Street Inn on the second Tuesday of every month to prepare and serve restaurant-style dinners for more than 1,000 guests. This calculates to more than 500,000 meals over the past 40 years.

In 1990, with the help of Ninety Nine Restaurants, the Pine Street Inn launched its Food Services Job Training Program to help homeless men and women acquire the skills and self confidence to move back into the community. The success of this program is due in large part to the partnership with Ninety Nine Restaurant & Pub.

In December 1996, the Pine Street Inn and Ninety Nine Restaurants dedicated a new center for the Job Training & Food Services Program in Boston, Massachusetts. The two-story, 14,000-square foot facility links the Inn’s men’s and women’s units and houses a large kitchen, food services training center, administrative offices, and a culinary garden. Ninety Nine played a significant role in the design and development of the center. They designed a cost-effective and efficient kitchen and worked to secure donated kitchen equipment and supplies. This new structure tripled the enrollment capacity for the Food Services Job Training Program.

And the recognition doesn’t stop there. The Ninety Nine Restaurants’ exceptional work with both the Pine Street Inn and the Boys & Girls Clubs of America was recognized on a national scale on September 25, 2007, when the Ninety Nine was honored with the National Restaurant Association’s Restaurant Neighbor Award. The Restaurant Neighbor Award recognizes restaurant companies that have gone above and beyond in giving back to their communities through outstanding community involvement. The Ninety Nine was given the award in Washington, D.C., along with $5,000 to put toward its favorite community project or charity – helping the Ninety Nine continue to set the standard for outstanding community involvement.